Over the years, we have evolved from being a leader in the field of agriculture, with one main crop, to diversifying our agricultural and farming activities in a smart way that yields products from a holistic perspective, that can be valued by our services. With what could be seen as a farm-to-table activity (albeit on a larger scale).
Various components contribute to this comprehensive approach. Our main agricultural products are sugarcane, palm and coffee, and our farming activities include deer, wild boar and pheasant, offering both the options of hunting, and marketing to the public.

Only 40 minutes away from the airport, Heritage Villas Valriche is an elegant luxury residential estate situated on a rolling hillside surrounded by vast unspoiled and protected nature.

The plantation-style villas are set in 105 hectares of beautifully landscaped grounds that overlook the Heritage championship Golf Course. Residents gaze out over the golf course, down to white sandy beaches and across the lagoon to the crystal clear waters of the Indian Ocean.

The villas are available for sale to foreigners through the Integrated Resort Scheme and can also be rented for memorable holidays.

Contributing to the reputation of the South as one of the most pristine landscapes of the island, we, at Agrïa, value nature as the most gorgeous backdrop and provider. This is why, on the main land, we have, over the years, cultivated it, and now rounded up over 400 species of endemic and exotic plants, over 34 hectares of shade houses, potting and hardening areas, and open grounds of Bel Ombre.
Sharing this passion for nature was key, and we therefore act as a plant nursery, adding potted plants, and open ground trees to our offer, with instant lawn as our flagship product. Our team at the nursery provides guidance to customers while our landscaping experts propose the implementation and maintenance of tailor-made landscape designs.

The South East region is one of the most pristine regions of the island, that, unlike other regions, did not suffer from wild development. Nestled at the heart of this authentic region, which has maintained the best of both its natural environment, and traditions, upkept by inhabitants of the region, lies a plethora of sites and activities that have constantly attracted curious visitors.
This is why we chose to set up Heritage Bel Ombre, a luxury domaine that will allow visitors to bask in this glorious environment, only minutes away from a full set of activities that represent the best assets this region can flaunt. Minutes away from the iconic village of Chamarel, tourists can taste and buy this regional delicacy, and afterwards, head on to the estate of the 7-coloured earth to discover this wonder of nature, and bring back a souvenir from the gift shop.

At Agrïa, productivity is at the heart of our mission. It therefore translates into all areas of activity, placing Agrïa as a multidisciplinary producer, and key actor of the region.
As an agricultural producer, our farming ranges from crops to livestock, offering a comprehensive range of products. Crops like sugar cane, coffee, pineapple and palm, are local delicacies, relished by locals as much as tourists. Game like deer, wild boar and pheasant are, for their part, sought by hunters.
As a local manufacturer, what we produce contributes to making our region and its unique features shine: the iconic Chamarel coffee is processed and sold to both locals and tourists, as the rest of our farm products are processed and marketed.
As an actor in the field of hospitality, our hotels and restaurants power unforgettable experiences, as we offer a diverse choice of expertly organised packages providing memorable experiences to our guests. The south-west of Mauritius renowned for its preserved natural environment is home to some of the island's most authentic venues. Full of character and picturesque, Bel Ombre, Case Noyale and Chamarel will offer you a complete range of inspiring moments.

Our pristine region is at the heart of our concerns. Preserving this gorgeous natural backdrop as the main stage to showcase all of our products and services is key to continue thriving. With real estate as one of these projects, we, therefore, devised a sustainable Master Plan for land and property management that is respectful of the surrounding nature.

In 1910, Messrs Emile Sauzier, Eugène de Rosnay, A James Wilson, Edouard Rouillard, Oscar Pitot, Robert Pitot and George Antelme created CSBO, now named AGRÏA. Today, the descendants of the founders of CSBO are still significant shareholders of the company, the majority being owned since 1971 by South West Tourism Development, a subsidiary of the Rogers Group.

Incorporated on the 22nd June 1910, the company was engaged in the cultivation and transformation of sugar cane.

In line with the reform of the Mauritian sugar industry, the company closed down its sugar factory in 1999. During the following decade, CSBO (now named AGRÏA) has implemented two Voluntary Retirement Schemes and reduced significantly its number of workers. Since the closure of its factory, AGRÏA invested in neighbouring mills.

A complete reengineering of the Bel Ombre region was subsequently initiated. With a new vision of transforming the zone into a quality hospitality and leisure zone, a master plan was implemented to set up exclusive leisure and property developments whilst pursuing agricultural diversification.

Two luxury hotels and a championship golf course in the unique surroundings of the historic monument, ”Le Château de Bel Ombre” were inaugurated in 2004. Frédérica Nature Reserve enriched its offer and the Domaine de Bel Ombre developed further with the opening of three additional beach hotels and the construction of the luxury villa resort, Heritage Villas Valriche. Traditional hunting activities were enriched to appeal to both local and international clients.

In 2010, AGRÏA undertook the renovation of the old sugar factory into a commercial and events complex, Place du Moulin. 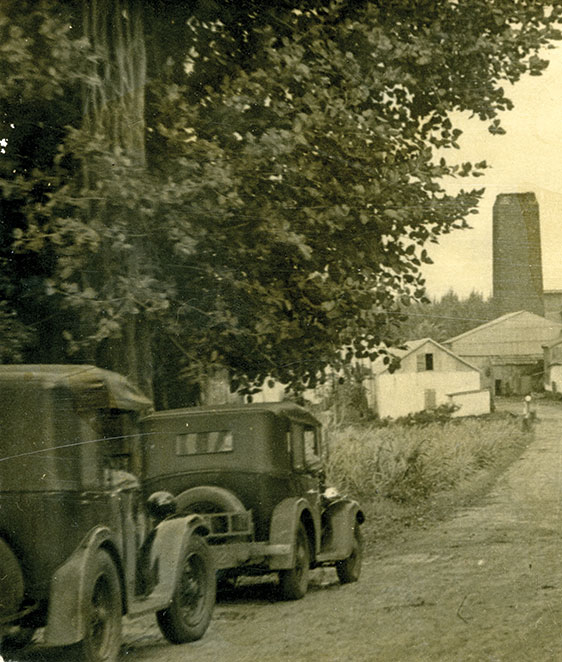 The Rogers Group has been an innovative contributor to the development of the Mauritian economy since 1899. Over more than a century, its pioneering spirit has been key in exploring new opportunities for the country, especially through its active participation in founding the national carrier, Air Mauritius and via the settling of the leading hotel group on the island, Beachcomber Hotels.   Rogers is engaged in the following core business domains – Financial services, Hotels, Leisure, Logistics, Property, Real Estate and Agribusiness as well as Travel and Aviation. The footprint of our major local and international brands stretches across 10 territories, with operations covering the Indian Ocean region and France.

The Group has built up an important portfolio of investments over the years and currently holds a strategic stake in numerous companies.

To continue moving forward in accomplishing its objectives, the Company calls for each of its employees to adopt a shared spirit of leadership, openness and dynamism. 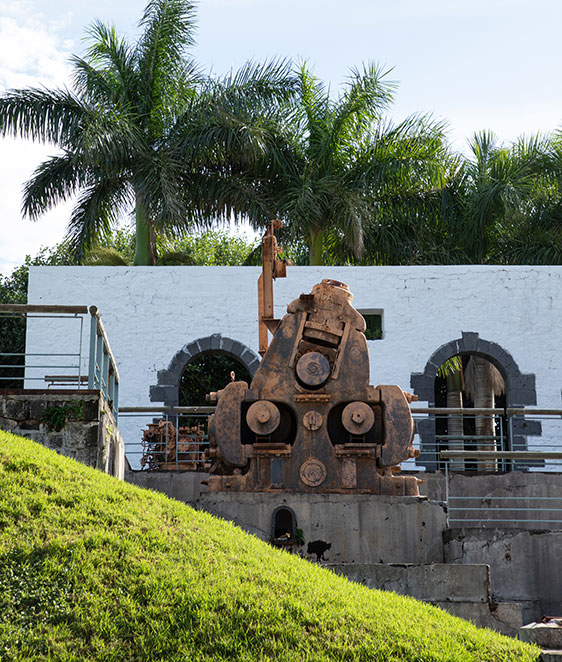 AGRÏA has a longstanding tradition of consideration and respect for its employees. Our workforce to date consists of approximately 400 employees, the majority of which have been in employment for more than 20 years. In the pathway to achieve its business goals and sustainable development, the company favours a special attention to the personal development and well being of its employees. 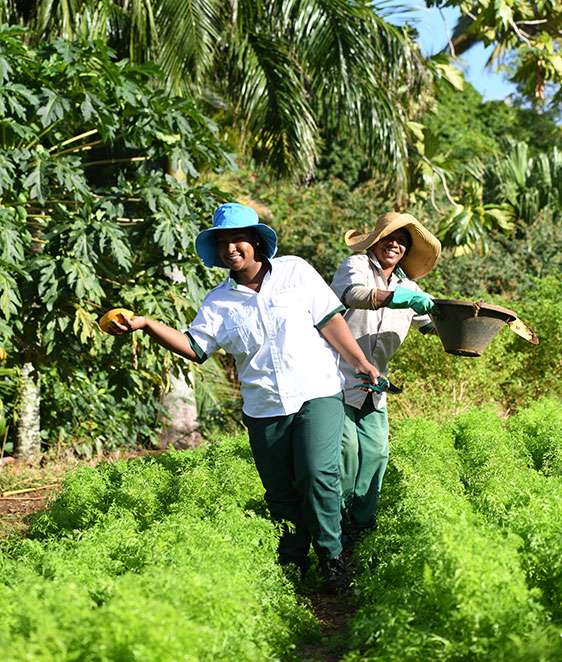 Our commitment to the community is one of AGRÏA’s foundation values. Ever since the creation of the company in 1910, our engagement has never been limited to employment. 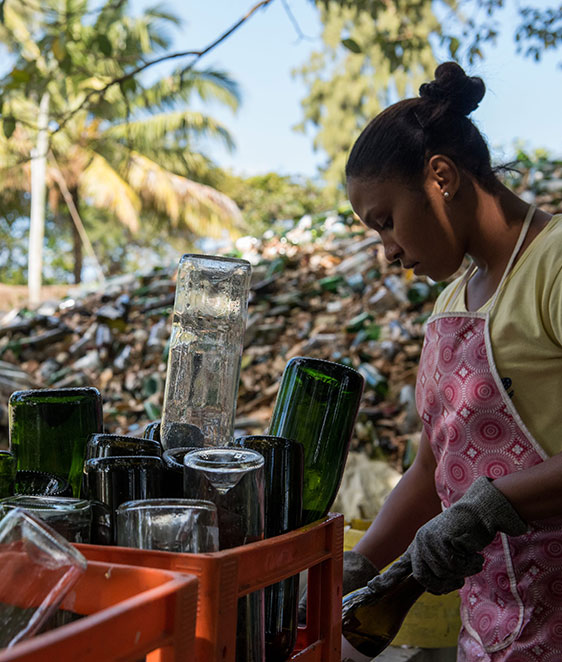 The region of Bel Ombre in the south of the island is home to the Domaine de Bel Ombre which enjoys 2,500 hectares stretching from the mountains to the sea. 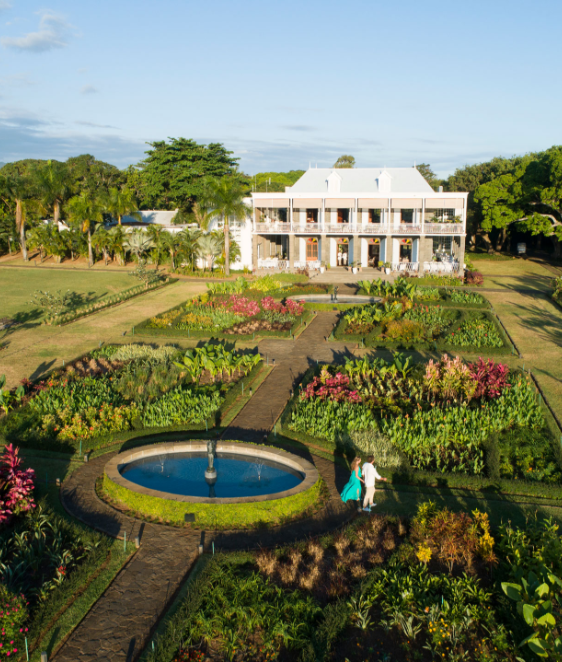 Along the west coast in Case Noyale, the group owns around 1,000 hectares of diversely landscape woodland overlooking the sea and dedicated mainly to breeding and hunting activities.

The group territory extends over 250 ha in the picturesque region of Chamarel with its winding roads and abundant natural environment. 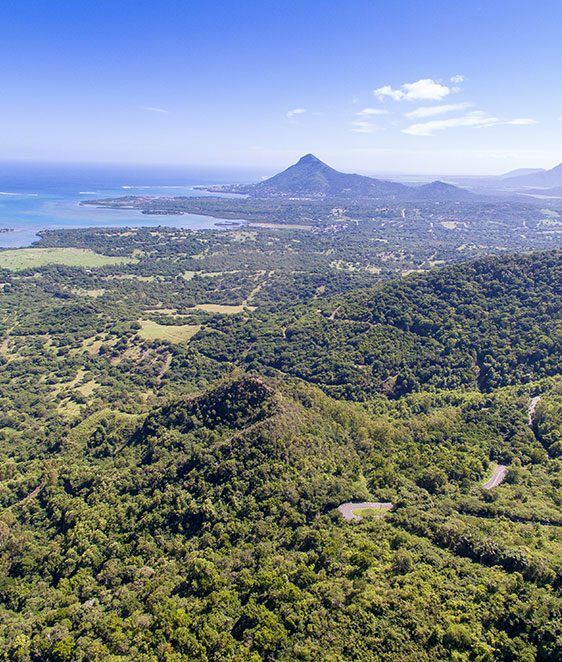 AGRÏA land holdings consists of 3,750 hectares situated in the south-west of Mauritius. 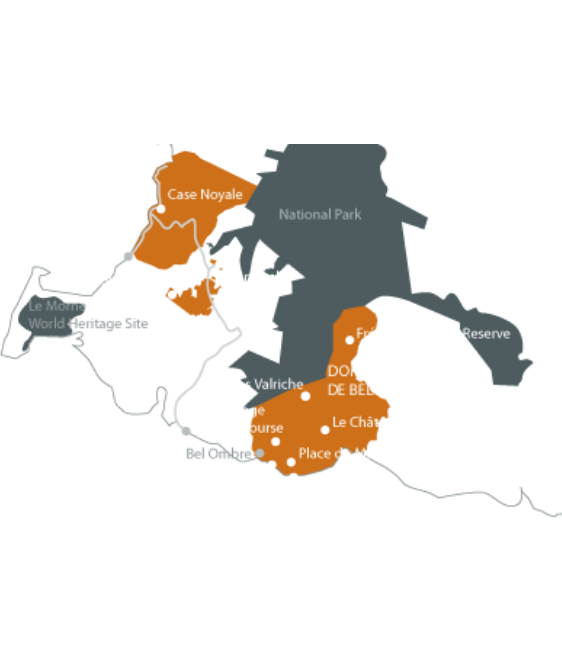 The realisation of our CSR ambitions and projects is the result of a close collaboration between various private and public institutions. 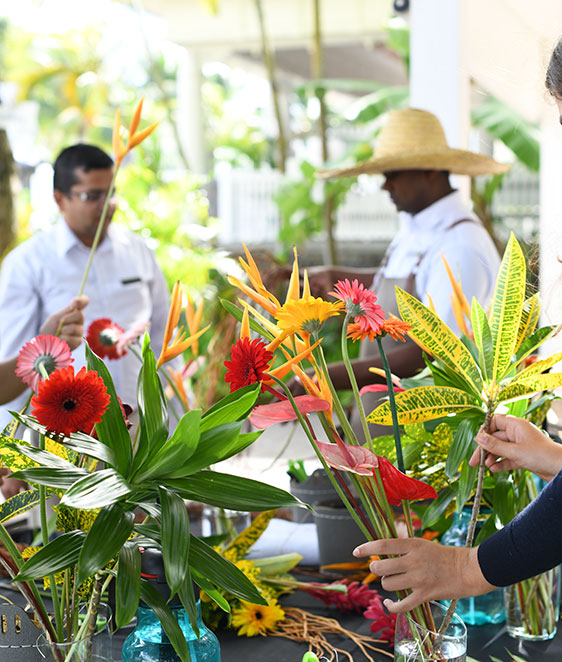 Saint Marie Crushing Plant has been operating since 1990 and manufactures building materials for the construction industry. The company is a subsidiary of the UBP Group.
VERANDA LEISURE AND HOSPITALITY
Hotel

With its two leading brands, Veranda and Heritage resorts, VLH is a driving force of the Mauritian hotel industry. It forms part of the Rogers Group and set up 2 hotels in the Bel Ombre region in 2006.
Previous
Next

Heritage Resorts has worked with children supported by the NGO, Caritas in the South: 154 kids received value education sessions combined with an introduction to golf or foot-golf. Outings to Casela and Curious Corner of Chamarel were organised and support was given to a dance academy. Clothes and bed/bath linen were also donated before and after a flooding event in Bel Ombre.
Real estate and Agribusiness
Agrïa is a signatory to an agreement for the establishment of a Protected Area Network covering its reserves at Frederica, Case Noyale and Seven Coloured Earth. An additional 2.8 hectares of endemic flora was restored during the period under review; to further educate its staff on the importance of such rehabilitation works, a team building activity was organised wherein invasive ‘vanille marron’ plants were removed. Moreover, opening these unique, preserved forest grounds for trail running and cycling events is a way to share its value and beauty with the general public. Other initiatives supported were the upgrading of a sheltered activity area at Saint Jacques RCA in Chamarel, an Adolescent Life Skills Education Programme and other projects targeting vulnerable groups.

View all CSR projects with Rogers
PLANKTON COMMUNITY RECYCLING UNIT
The objective of this project is to encourage entrepreneurship. During the first 5 years of operation, the unit employs inhabitants and trains them to manage the recycling business. The nature of the business is to collect and compress paper and plastic for export to South Africa where they will be recycled. Additionally, the unit collects and transforms glass to be used as a cement additive or for decoration purposes. The unit will be handed over to a local cooperative in 2015.
BEL OMBRE HEALTH TRACK
The Bel Ombre Health Track provides recreational space to nearby communities to encourage sports activities and hence decrease the risk of non-communicable diseases such as diabetes and stress.
Objective of the project: decreasing non-communicable diseases as diabetes, hypertension, stress in the region.
Previous
Next